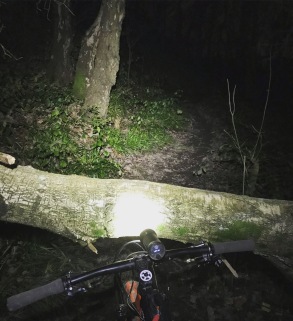 For those of us who don’t have the luxury of being full time ‘athletes’ there are always going to be lots of barriers to overcome to even get to the start line of endurance bike races let alone actually do well in them. As life has become increasingly busy I wonder what I ever used to do with my time?! Bike racing is still an important thing for me but expectations have to be tempered with everything else going on with my time these days. In the last year I’ve probably learned to still enjoy racing but knowing that getting to the start line fit and healthy is the most important thing not necessarily how I actually do. I’ve had to be even more smart with my training time. 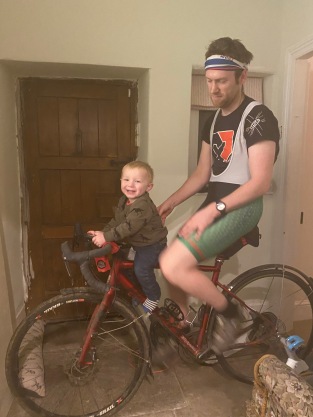 Always there to help!

Racing has always been a self satisfaction thing for me rather than chasing podiums. I’ve been lucky enough to stand on a couple but that’s not usually the greatest sense of achievement for me. It’s more about having done everything I could have before the event to race well and some of my ‘best’ performances I can remember are when I’ve not got anywhere near the podium.

So after some elongated period of illness over winter I’ve been working hard with Lee at Transition Cycle Coaching to re-focus and get some good solid training in. 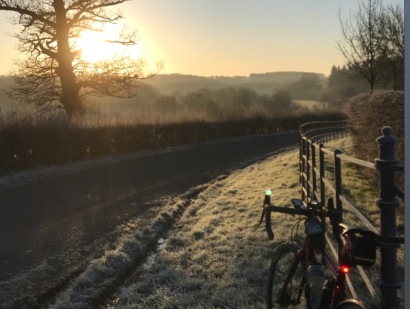 I had entered Kielder 24 as an unusually early season goal for me after the exciting news that we’re going to be having another baby in the household in the summer (i.e. when all my usual races happen). I think the best training for racing is well, racing. So the Gorrick winter series was a good opportunity to get some short hard intensity endurance efforts in the bank during January. Race one was a bit of a shock to the system after new year especially after our boy Rory had gone on a running streak of 4.30am wakes ups the week before and topped off with a 5am wake up race morning. This did at least mean me getting out of the door on time and to the race venue early. Early enough to take a 20 minute power nap in the car park to recharge.

It was a super fun and dry course at Porridgepot Hill and the race went ok though I couldn’t quite hold on to the tails of the podium boys who were charging hard and battling for overall series points. I stayed consistent throughout though and finished 5th in senior males.

This was to be the last ride out on my custom build china Pro Mance frame (sad face).  A couple of weeks later we were burgled and bikes taken. It made me realise how much time and effort goes in to a race bike in terms of researching frames, individual components, searching for weights of different top tube bags etc (yes I’m sad like that). So it’s not so much the financial loss but the hours that have gone in to getting the setup just right. Needless to say the garage now has fort knox fortification levels so someone’s going to have a hard and noisy time trying to get back in! In the same week the car broke down and we got defrauded for £950, you couldn’t write this stuff!

So scrambling around to beg, borrow and steal kit for upcoming races I’ve managed to get sorted and just in time to race the last of the Gorrick Winter series at Minley. Massive thanks to Ross at Taylored Cycles for all the last minute help getting things sorted and Ultimate USE/ Mudhugger for some bits and pieces.

My winning streak continued in the car park where I broke my racing shoe which meant a less than secure fit for the race! Just for good measure I threw myself off in to the shrubbery on the first lap trying to get past some slower starters. At that point I wondered whether or not I should bother getting back up!

Despite my head being all over the place with a hellish week I managed to hold it together and had a much stronger ride. I deployed some anger I think. I’ve been using Vittoria tyres for the last year and can report good findings as the Barzo’s gripped well in some slightly more slidey conditions. I was clinging on hard to Chris Nobles coat tails for longer in the race before having to sit back in to a more sustainable pace. I finished 5th senior again but much quicker pace overall. This by chance got me 5th overall in the series from just a couple of rounds so not a bad little smash and grab couple of prep races before Kielder. Thanks to the Gorrick team for putting on a couple of great courses and events, long may they continue.

Only anecdote for shite week is to go racing….

So now to Kielder Chiller 24 and we’re currently balls deep in prep week from hell. Mates Vince (UK MTB Epics)  and the legendary Andy Howett have stepped in to help in the pits and Team JMC will have a strong presence up north. It’s where I began racing when I lived up there many years ago now so I’m familiar with the conditions and setup. I’m expecting the worst conditions I’ve ever raced in but compared to recent events all I’ve got to think about is riding my bike so it will be a welcome relief!